WellChild children are stars of the catwalk at ICON Gala

Four children whose families are supported by WellChild were the stars of the show at a glamourous event at London Fashion Week when they appeared on the catwalk modelling designer clothes at a celebrity event in aid of our work.

Noah McNeill and Finley Green from Huddersfield, Maddison Graver from Swanley and Ollie Kowal from Southampton attended the inaugural ICON Gala with their families. The event presented by Buzz Mode at the Landmark Hotel, London on the 17th of September where the worlds of fashion, showbusiness and music joined forces as Grace Jones and stars of film and fashion attended to celebrate all that is ‘iconic’, and to raise funds for WellChild and NHS Charities Together. Children from WellChild took part in a fashion show from childrenswear brand Little Robes Royale.

All four children appeared on the catwalk at the event as models and had an amazing time.

Noah’s mum Jill Evans, a WellChild Parent Ambassador, said: “Huge thanks to ICON for putting on this event to raise money for WellChild. Without our Wellchild nurses, we would have been in hospital for much longer. Noah had such a fabulous time on the catwalk. I hope that it raised awareness about Wellchild as well as lots of money. It certainly raised Noah’s confidence and made him feel like a million dollars.”

Noah had such a fabulous time on the catwalk. I hope that it raised awareness about Wellchild as well as lots of money. It certainly raised Noah’s confidence and made him feel like a million dollars.”

Ten-year-old Noah was born with interstitial lung disease and spent the first nine months of his life in Alder Hey Children’s Hospital.  Noah has a tracheostomy to keep his airway open, and a ventilator to help him breathe at night. Whilst in hospital, Noah’s parents met WellChild Nurses Elaine and Katie, who helped transition Noah home, providing emotional and practical support to Noah’s parents along the way.

11-year-old Finley has Ehlers Danlos Syndrome, a rare condition that affects connective tissue in the body making it weaker.  This can cause an increased range of joint movement and stretchy or fragile skin that can break or bruise easily.

Both Noah and Finley’s mothers are Parent Ambassadors for WellChild and the families are members of the WellChild Family Tree support network.

Nine-year-old Ollie has alternating hemiplegia of childhood (AHC), an ultra-rare condition affecting less than one in a million people. It causes episodes of weakness in every muscle in Ollie’s body, from arms and legs to his breathing, and can last anywhere from a couple of hours to days. Some episodes he never fully recovers from.

Ollie is supported by WellChild’s Southampton Nurse Jodie Hiscutt. His mum Vickey Lewis is a WellChild parent ambassador and, along with dad Adrian Kowal, is a member of the WellChild Family Tree peer-to-peer support network.

Seven-year-old Maddison has multiple conditions including hemiplegia which causes weakness and lack of control to one side of her body, left hemianopia, which affects her eyesight, and epilepsy. Maddison is a wheelchair user but can walk using a frame or support from her parents.

She is supported by WellChild and is a member of the WellChild Family Tree support network along with her mum and dad Kerry and Danny Graver. The family are having a WellChild Helping Hands project to make their garden more suitable for Maddison’s needs this November.

Star guest at the event, at the Landmark Hotel, London, was Grace Jones, who performed her classic hits ‘Slave To The Rhythm’ and ‘Pull Up To The Bumper’. Grace was also presented with the Music Icon Award at the event, which was made possible by sponsorship from Crown Financial, Honey Graze, Q Shoreditch, Prima Spa, E & G Flowers, Etag, Zooming and Janti Jewels.

The ICON Gala was the brainchild of Helen Georgio and Rachael Lewis, from the Buzz Mode editorial Model Agency. It was hosted by charity campaigner and popular culture expert Nick Ede. Coinciding with London Fashion Week guests were presented with a runway show featuring collections from some of fashion brightest stars; Headlining the show was Malan Breton, with Julia Clancey with Gaia Wise modelling her stunning sequin collection, My Kimmiu, Maurice Whittingham and Patrick McDowell all featured their collections on the runway. Pop Sensation Emmanuel Kelly performed with a special introduction from Chris Martin from Coldplay.

The event set out to bring excitement back to the London social scene, and to celebrate and raise funds for charities; all of which have seen their funds plummet due to no live fundraising events being allowed since early 2020.

Grace Jones said of the evening: “It’s such an honour to be back in the UK performing for such worthwhile charities. I am so pleased to be launching the ICON Gala in my second home, London”.

Event organiser and founder of Buzz Mode; Helen Georgio said: “I am honoured to have brought excitement back the London social scene, and to have joined forces with NHS Charities Together and WellChild for an evening of fun and fundraising. To have Grace Jones perform was a total honour. What a true icon! I cannot wait to celebrate another Icon at Fashion Week February 2022”

WellChild CEO Colin Dyer said: “Thanks so much to the organisers of the ICON Ball for their kind support at this event. Through this event we were able to give children and families supported by WellChild a once in a lifetime experience to walk the catwalk and mix with the stars at London Fashion Week.  The last 18 months have been a tough time for all charities, with the COVID pandemic putting a great strain on our fundraising. When the COVID-19 crisis took hold, we lost 60 per cent of our forecasted income. At the same time, the families we supported were placed under more pressure than any of us can imagine. As the world returns to a ‘new normal’ many of our families face ongoing challenges. Offering opportunities like this to members of the WellChild Family Tree is a fantastic way to put a smile on families’ faces, whilst raising vital funds for WellChild.” 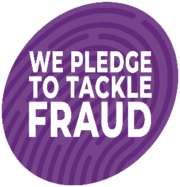